​Jack began his career with Hudson Security in 1995 after thirty-nine years where he served as a lieutenant in the St. Louis Metropolitan Police Department. He has also served as the off-duty officer coordinator for the St. Louis Blues and St. Louis Cardinals.

His duties include coordination of all off-duty police operations, security investigation and operation troubleshooting.​ 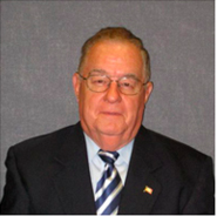 Greg began his career at Hudson in 1998 as the off-duty police schedule coordinator. His previous work experience included twenty years as a patrolman - midnight supervisor and training instructor for the Overland Police Department.

Greg's duties include responsibility for recruitment, hiring and training of all security officer personnel.

Greg has a bachelor's degree in psychology and media communications from the University of Missouri - Columbia and was an instructor for the St. Louis County Police Academy. 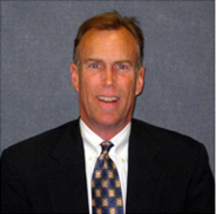 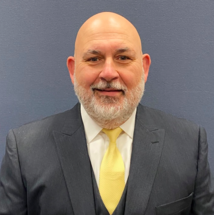 For over 90 years that we've been in business, our team has truly been comprised of family and people we consider family. We value honesty, integrity, a can-do attitude, and kindness. Our hope is that our customers benefit from the quality people and values we uphold within the Hudson Team. 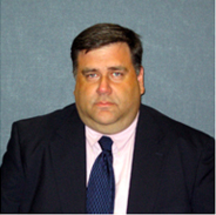 William brings a wealth of knowledge and expertise to Hudson’s customers with his management and sales experience since he began his career with Hudson in 1979. He’s worked in various divisions of the family-owned business since his high school years starting on the floor crews and washing windows to help pay for college. William has led the Security Operations since 1990.

William received a bachelor of science in business and administration from St. Mary’s University in San Antonio, Texas with an emphasis in marketing. He is also a member of the American Society of Industrial Security.​​​​​

Anthony Russo is a Law Enforcement professional with nearly 40 years of experience.  He has 21 years of combined experience as a police supervisor and command rank officer. Mr. Russo has been involved in every phase of police training since early in his career. He is a former commander of the SLMPD Operational Planning and Emergency Management Unit with experience in writing Security Operations Plans as well as, Disaster Management in the areas of planning, coordination, instruction and response.

Mr. Russo is a retired Detective Lieutenant from the Metropolitan Police Department, City of St. Louis.  He began his career there in 1977 and was assigned to several critical units before retiring in 2012.

Some professional accomplishments include, being a Certified POST Instructor training officers in a variety of LE topics.  He served as a Promotion Assessor and Oral Board Member, and a Field Training Program Supervisor and FTO Officer.

After retiring from the SLMPD, Mr. Russo worked for the United States Army as a civilian contractor assigned to the Surface Deployment & Distribution Command (SDDC) Intelligence Antiterrorism/Force Protection Unit at Scott AFB where he built and taught the first comprehensive “Workplace Violence Prevention & Active Shooter Response” Program for the SDDC Military Command.